For an internal advertising project, I was commissioned to build a microwave that would cook only when you tweeted at it. I know what you're thinking, I've finally hit peak "Internet of Things" status.

To build this, I set up a Twitter account @HotPocketBot and set up a Raspberry Pi tied to the API credentials for this account. Using the Streaming API, I was able to detect whenever someone tweeted at this account and act accordingly. 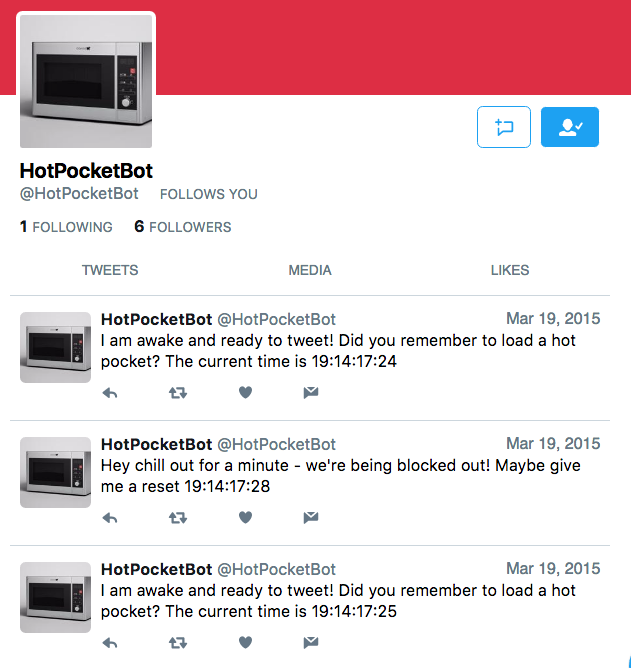 The request was for the microwave to cook for one minute for each tweet. If it did not receive a tweet in 30 seconds, it would pause cooking. To interface with the keypad, we designed a relay board to send a 5-Volt pulse to each key it wanted to press. 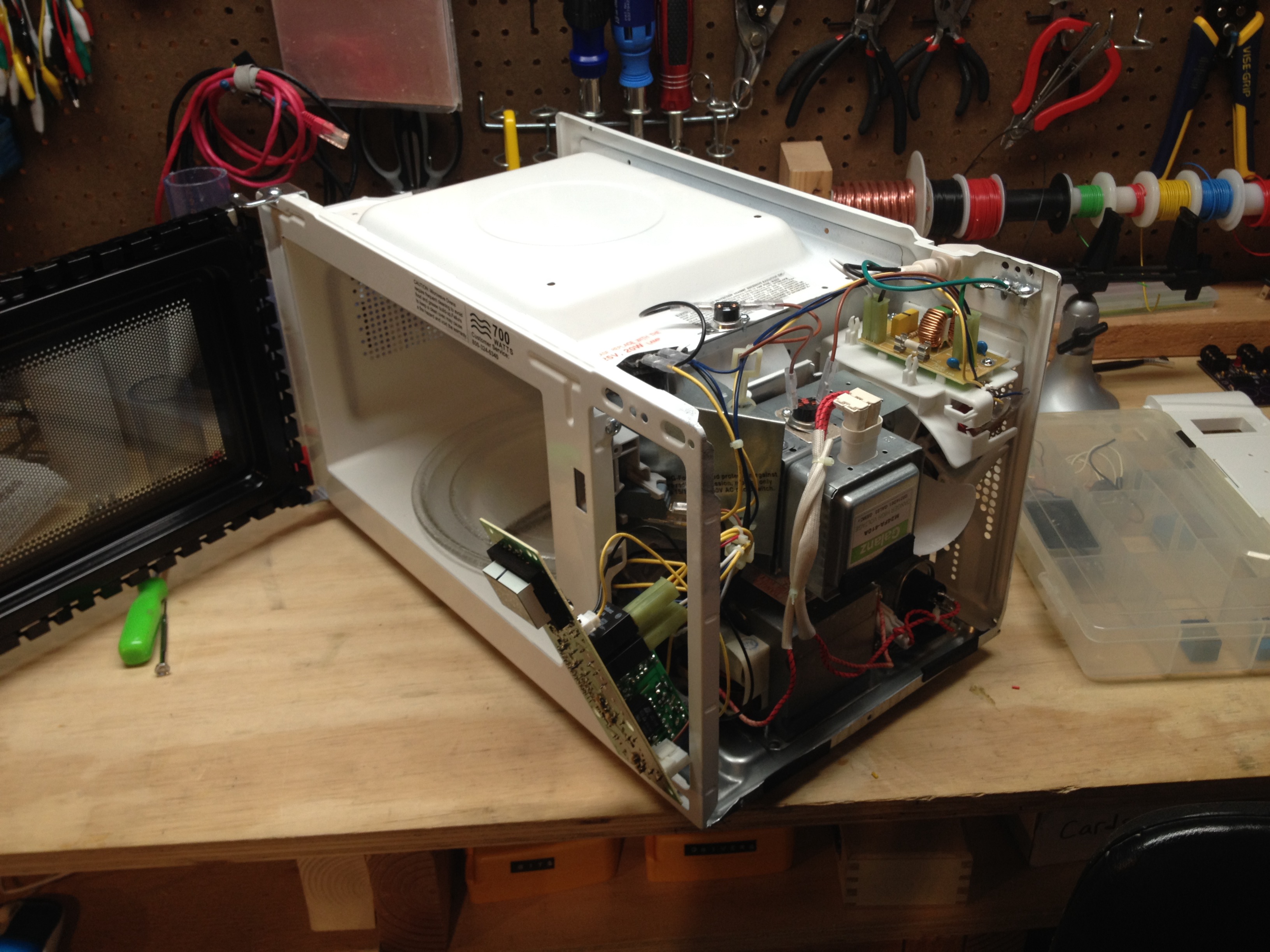 The client was also interested in voice feedback. We used a text-to-speech library for the Raspberry Pi to respond to each tweet depending on how much time was left. It came out of a speaker mounted behind the microwave in a sort of Stephen Hawking voice. 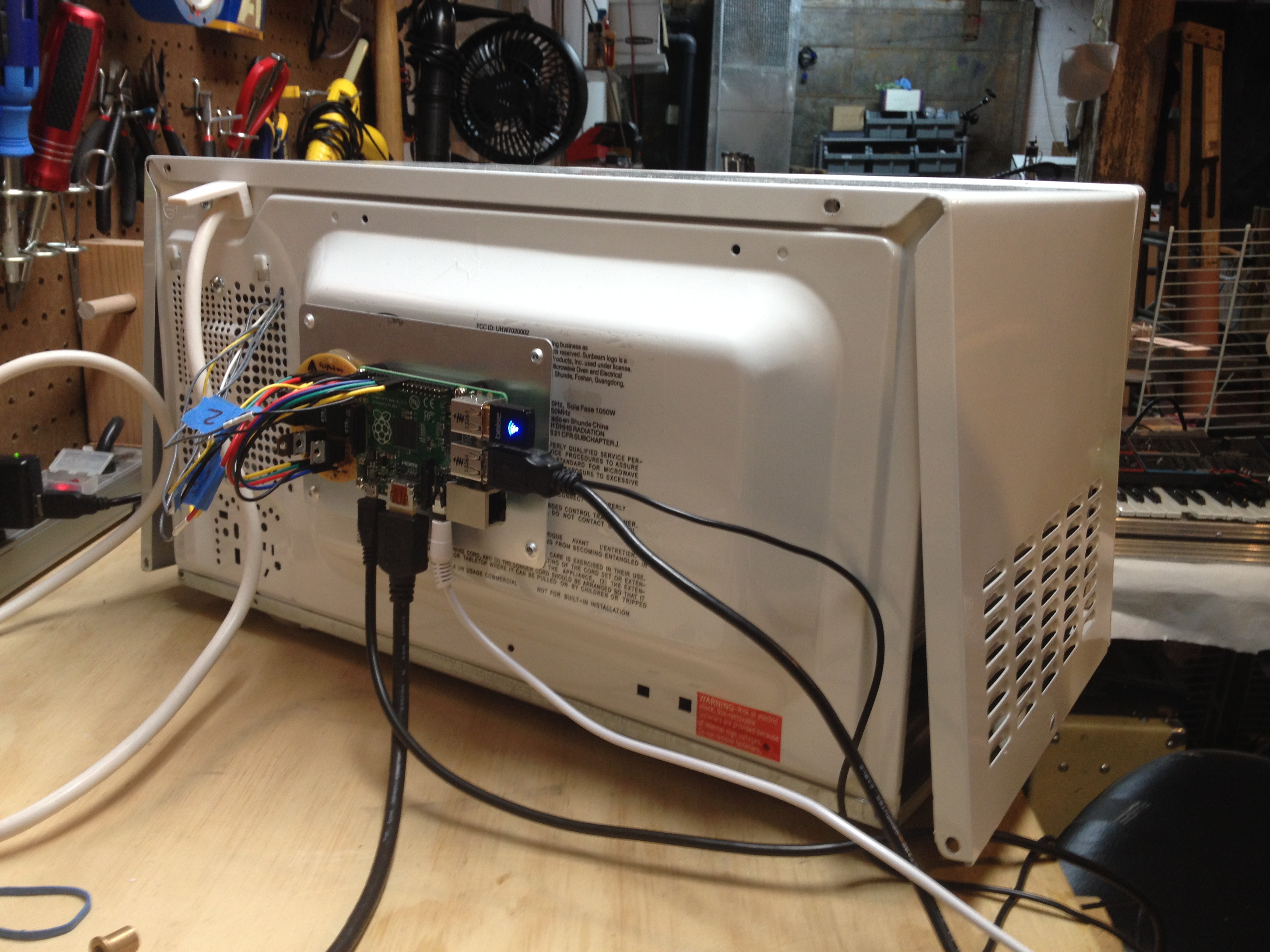 At the end of the cycle, the client requested that the microwave open automatically. Because this is a mechanical mechanism, there was no way for the Raspberry Pi to open the door with a voltage, so we designed a sort of "pinball shooter" that ran through the bottom of the microwave and loaded into a heavy-duty solenoid. When the solenoid was released, the piston shot through the door and it popped open. 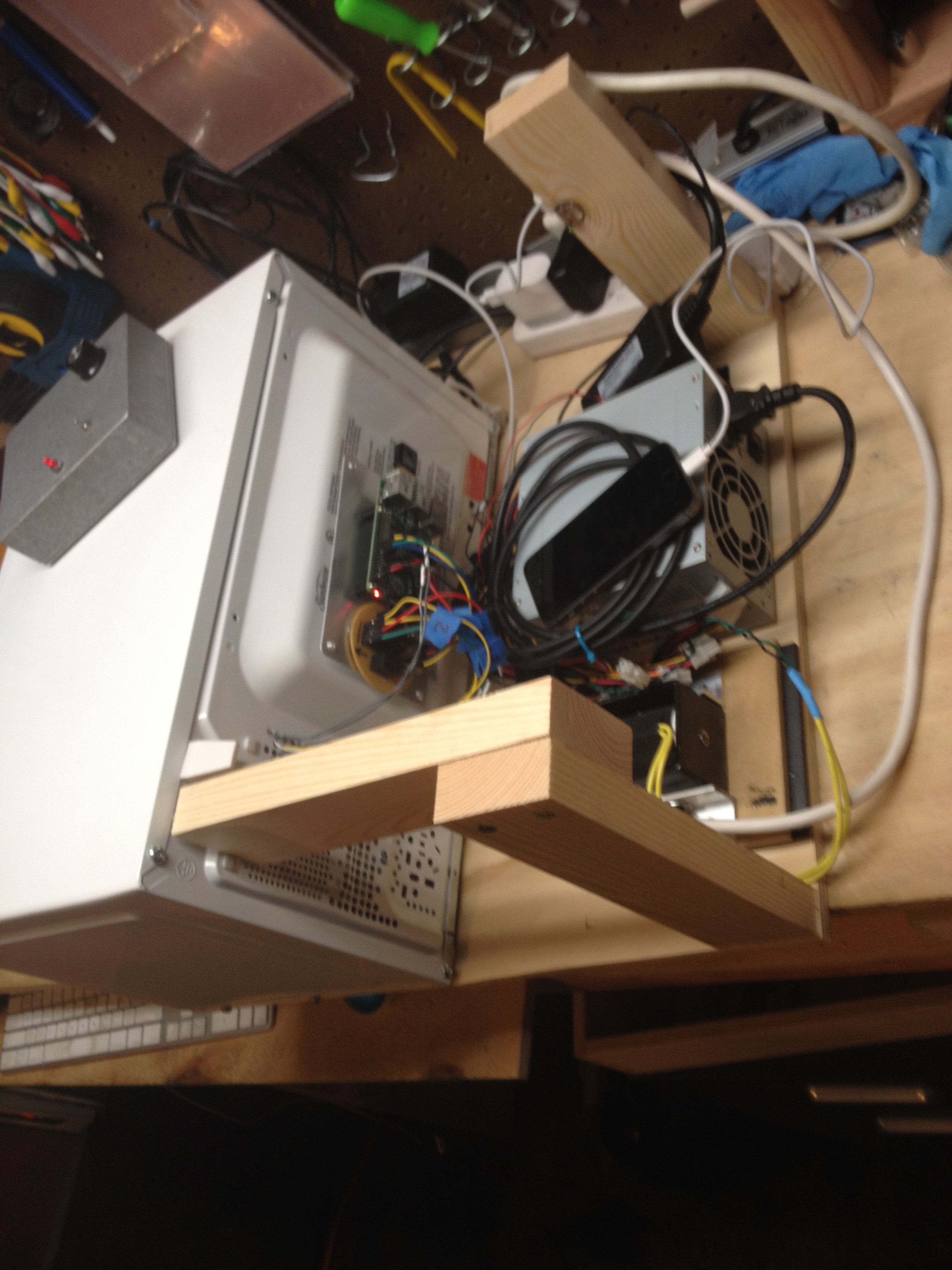