Stink Digital commissioned me to build a "notification generator" for their office in Dumbo, Brooklyn. The idea was a solenoid-powered xylophone that would be Arduino powered and tied to a Raspberry Pi talking to APIs like Slack, Google Calendar, etc.

I was charged with building the mechanical and Arduino components, then handing it over to their development team for the API integration. I started by prototyping different combinations of solenoids and xylophone keys.

When we settled on a good combination, I started prototyping a modular system where each key and solenoid would have its own laser-cut enclosure and circuitry. 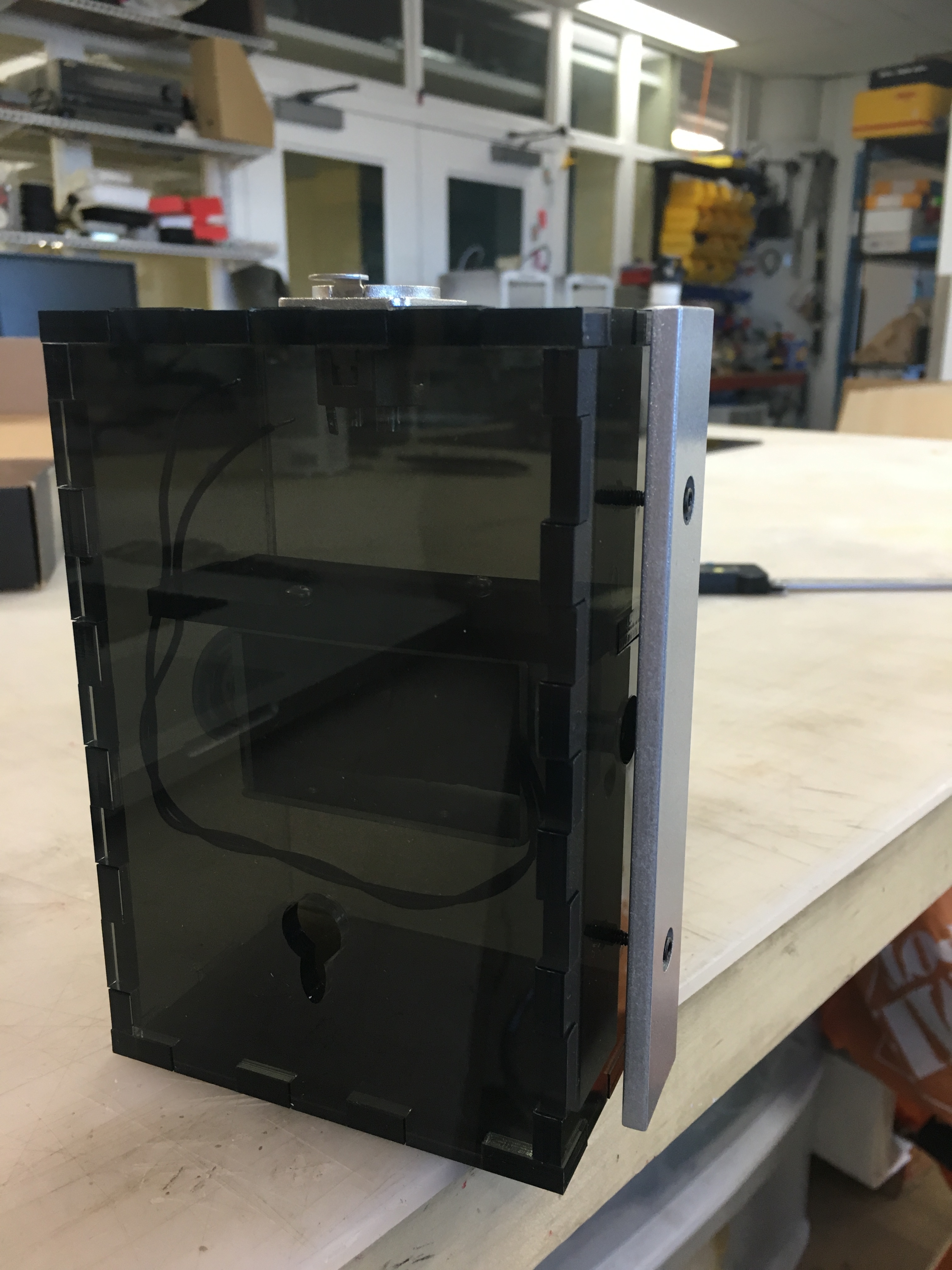 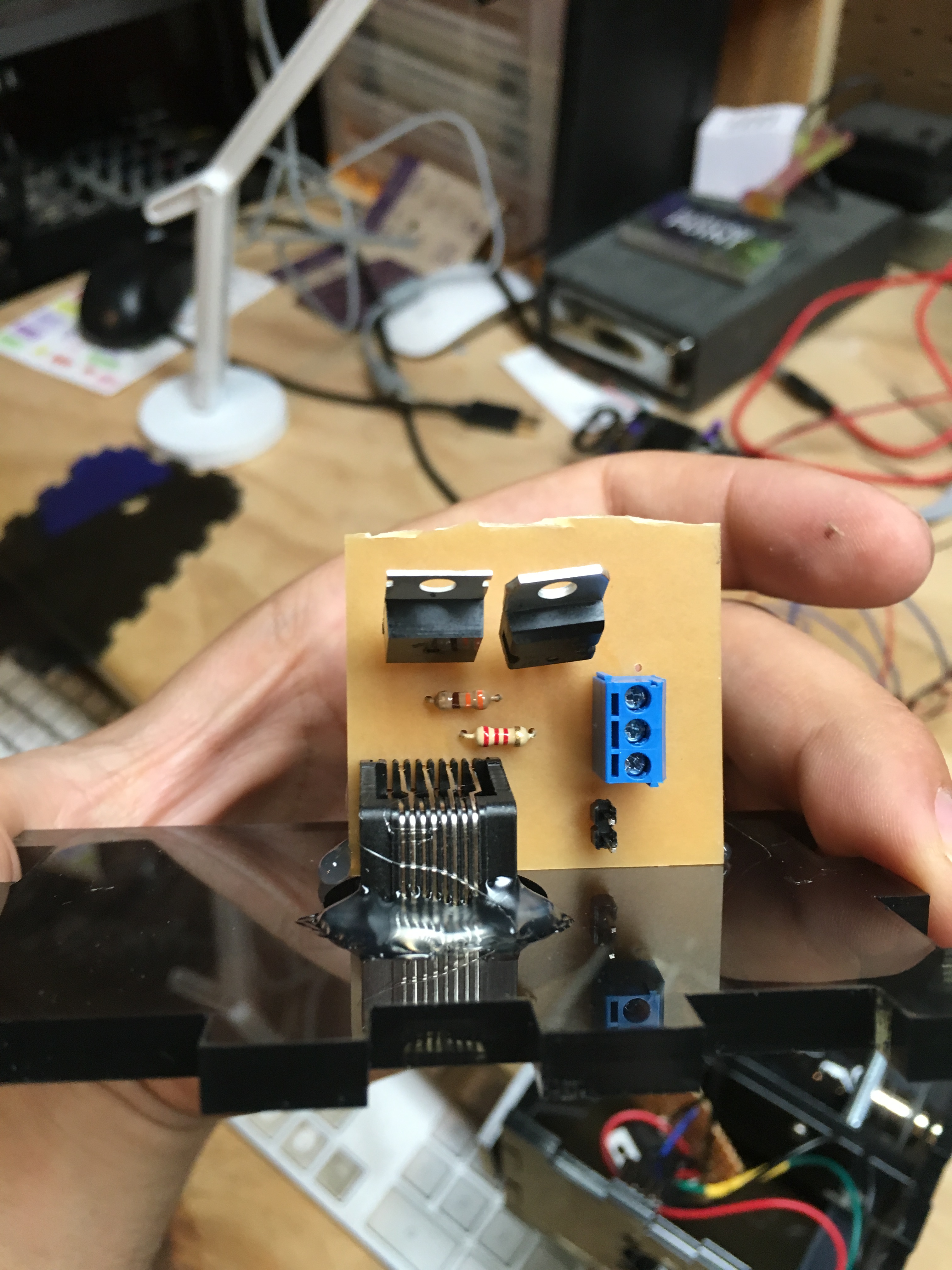 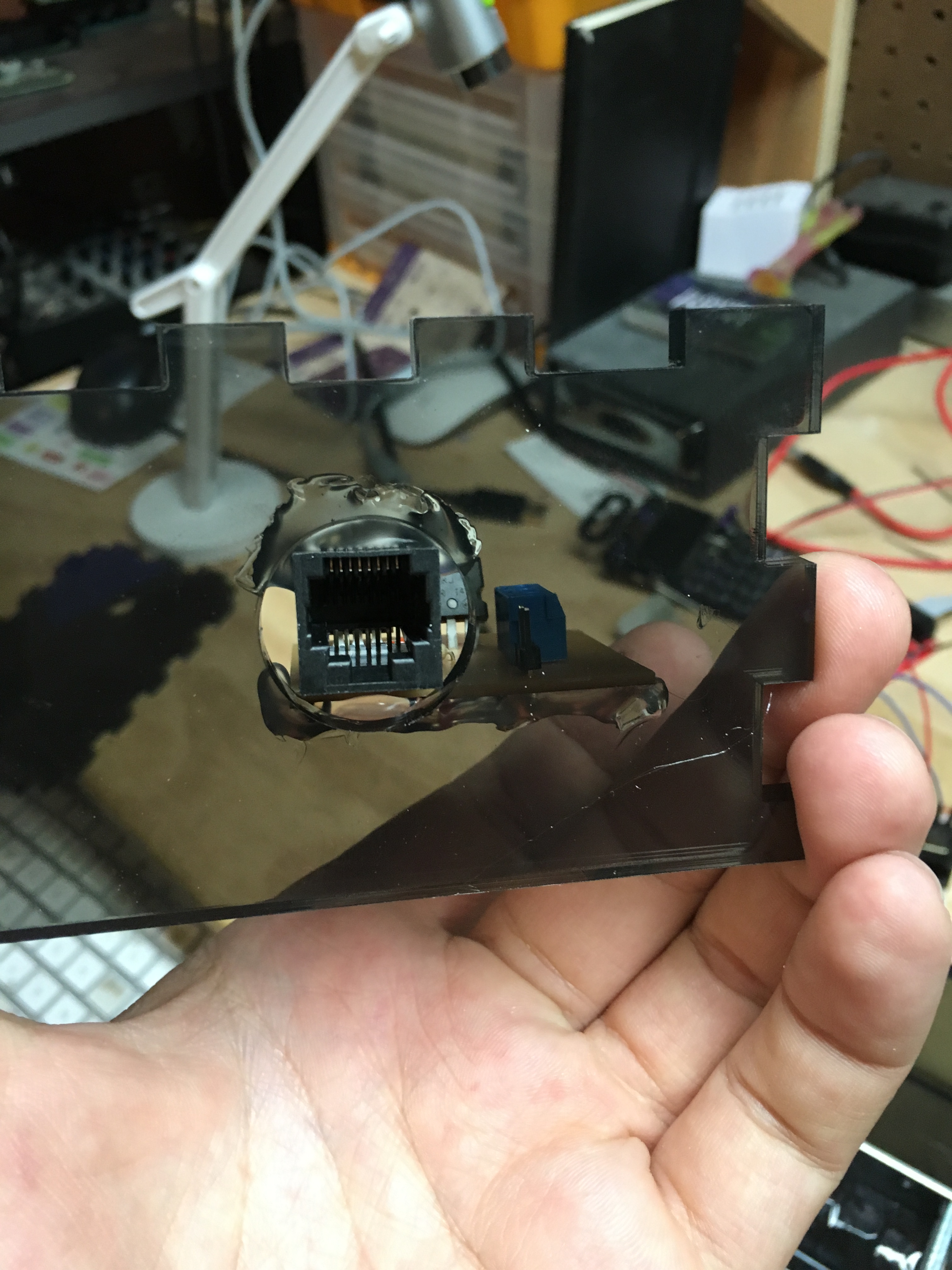 Each circuit board had an ethernet jack to carry the data for the solenoid and a short LED strip, and then it routed the LED power to a 5V regulator, and the solenoid power to a MOSFET on board. 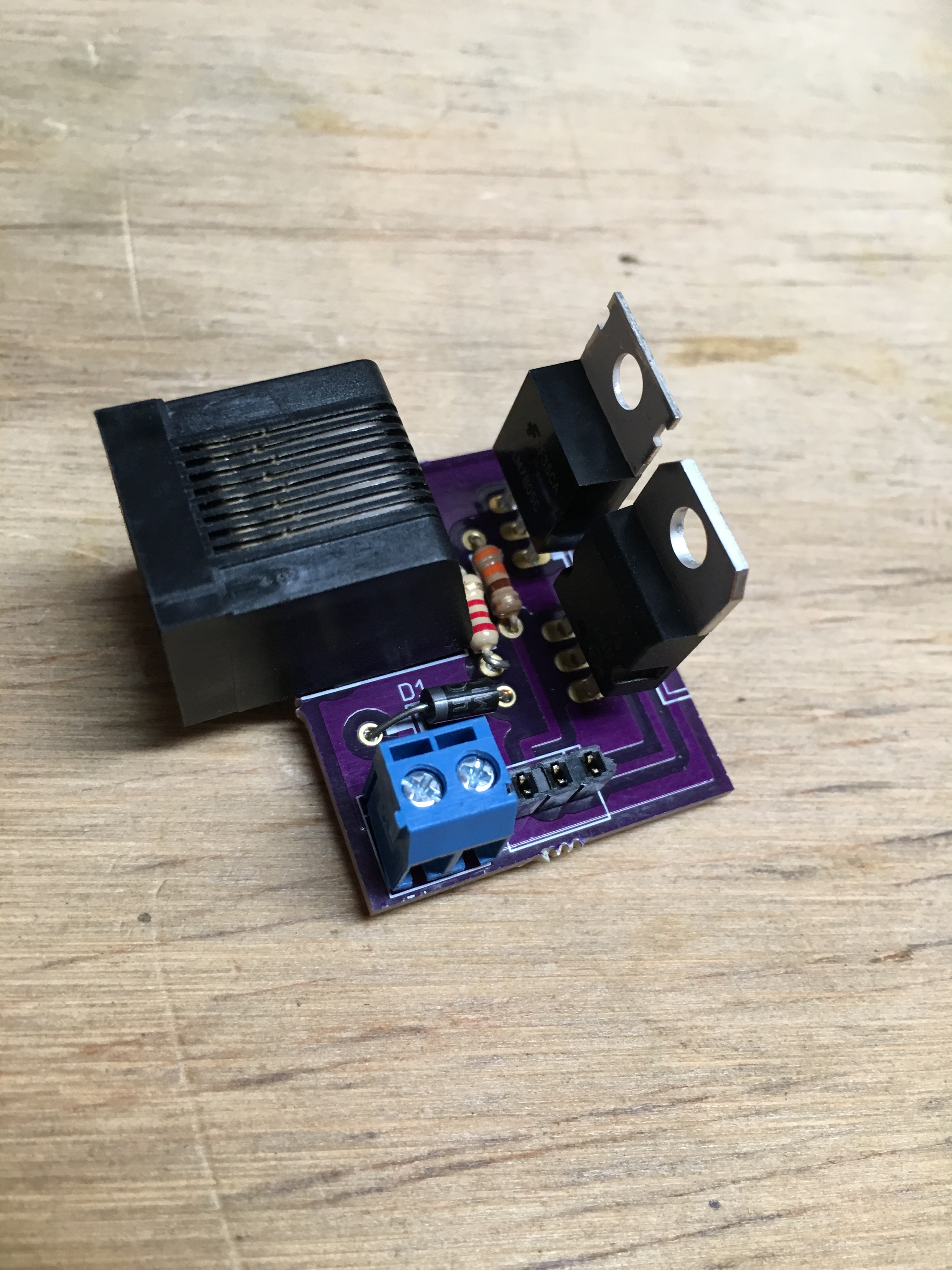 Each key was then powder coated with a specific color that matched the LED color on the inside. 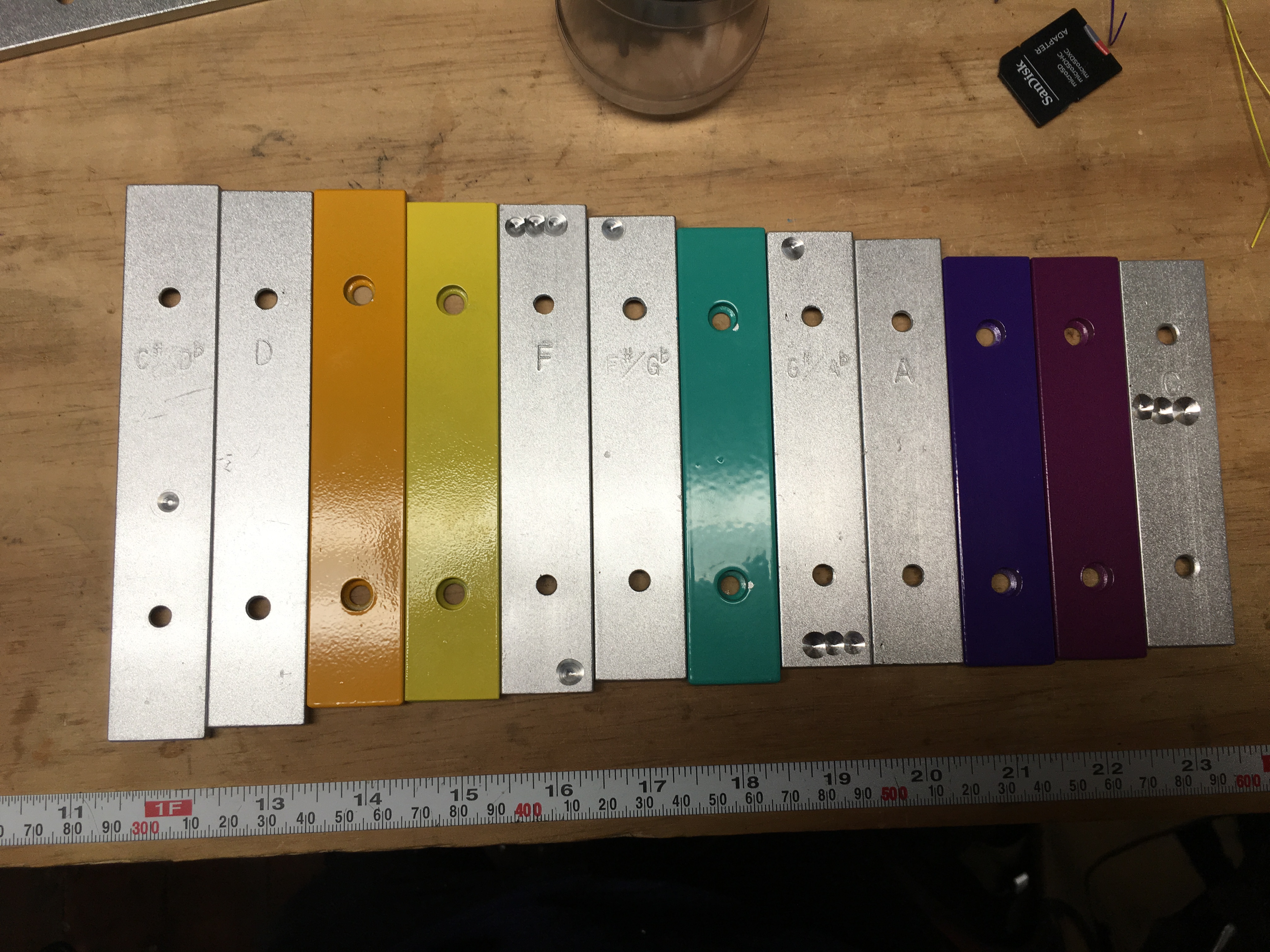 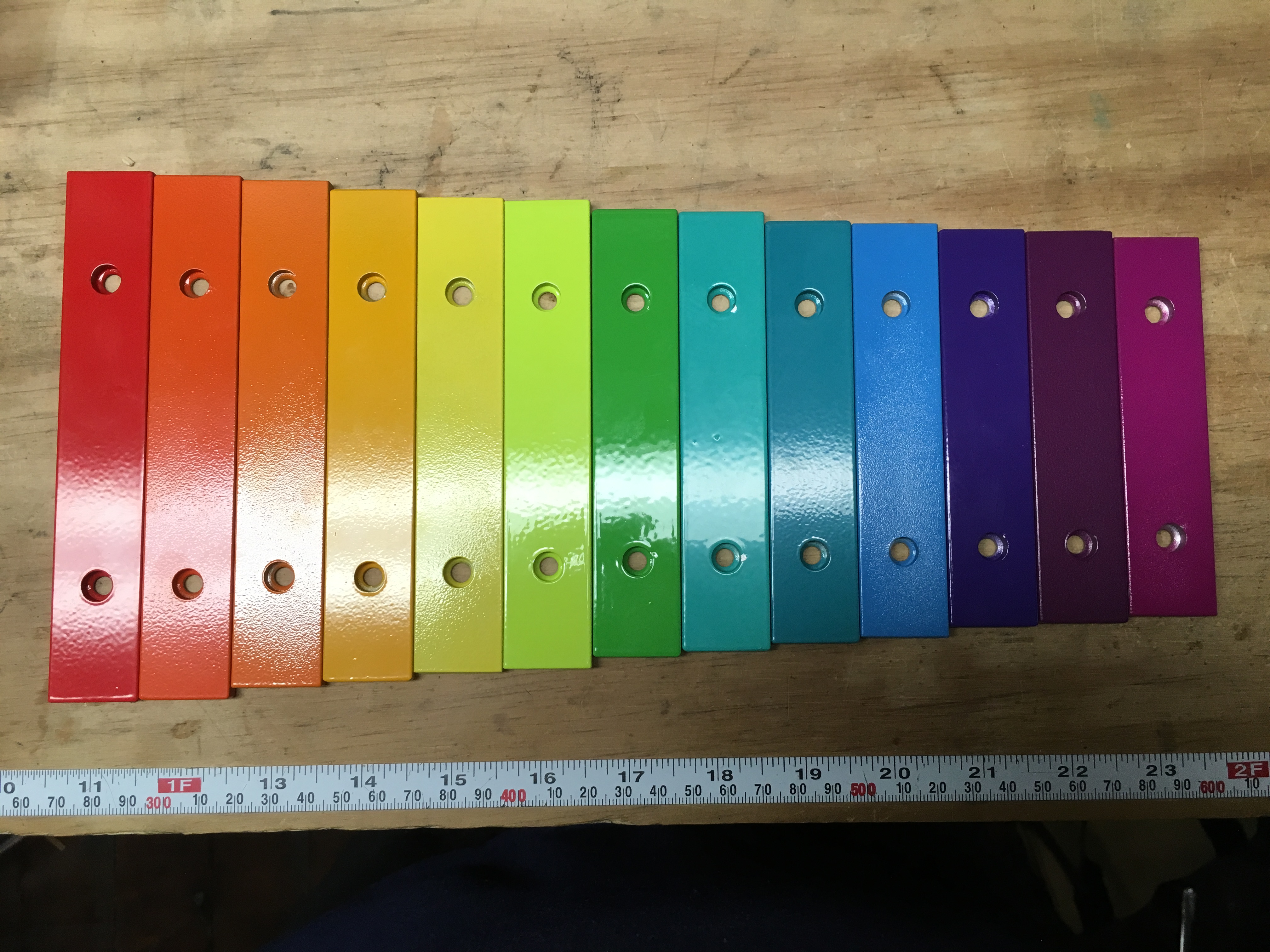 We decided on white acrylic for the final module color because it diffused the LED light most effectively. I built a box out of MDF and mounted all of the modules. 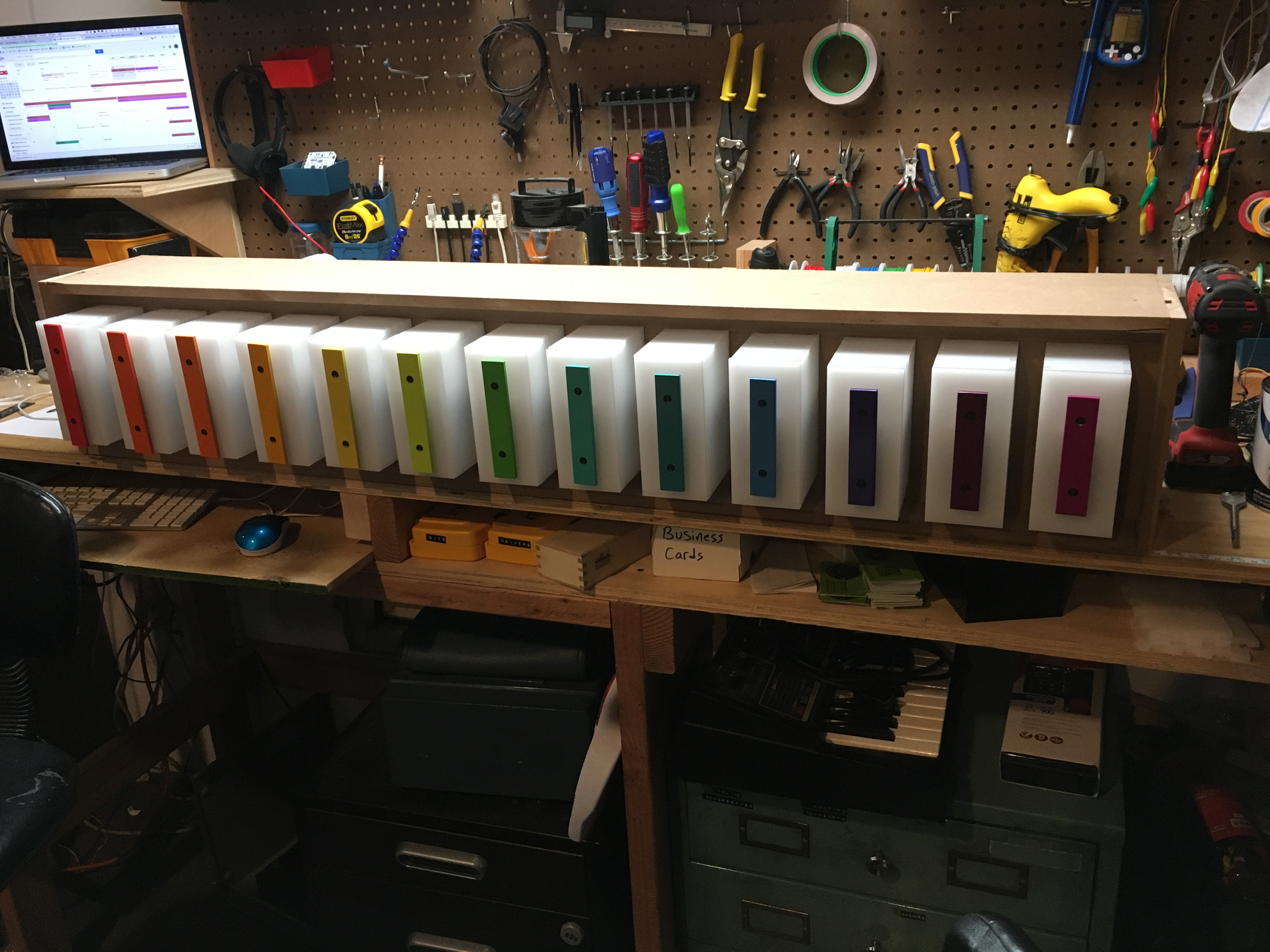 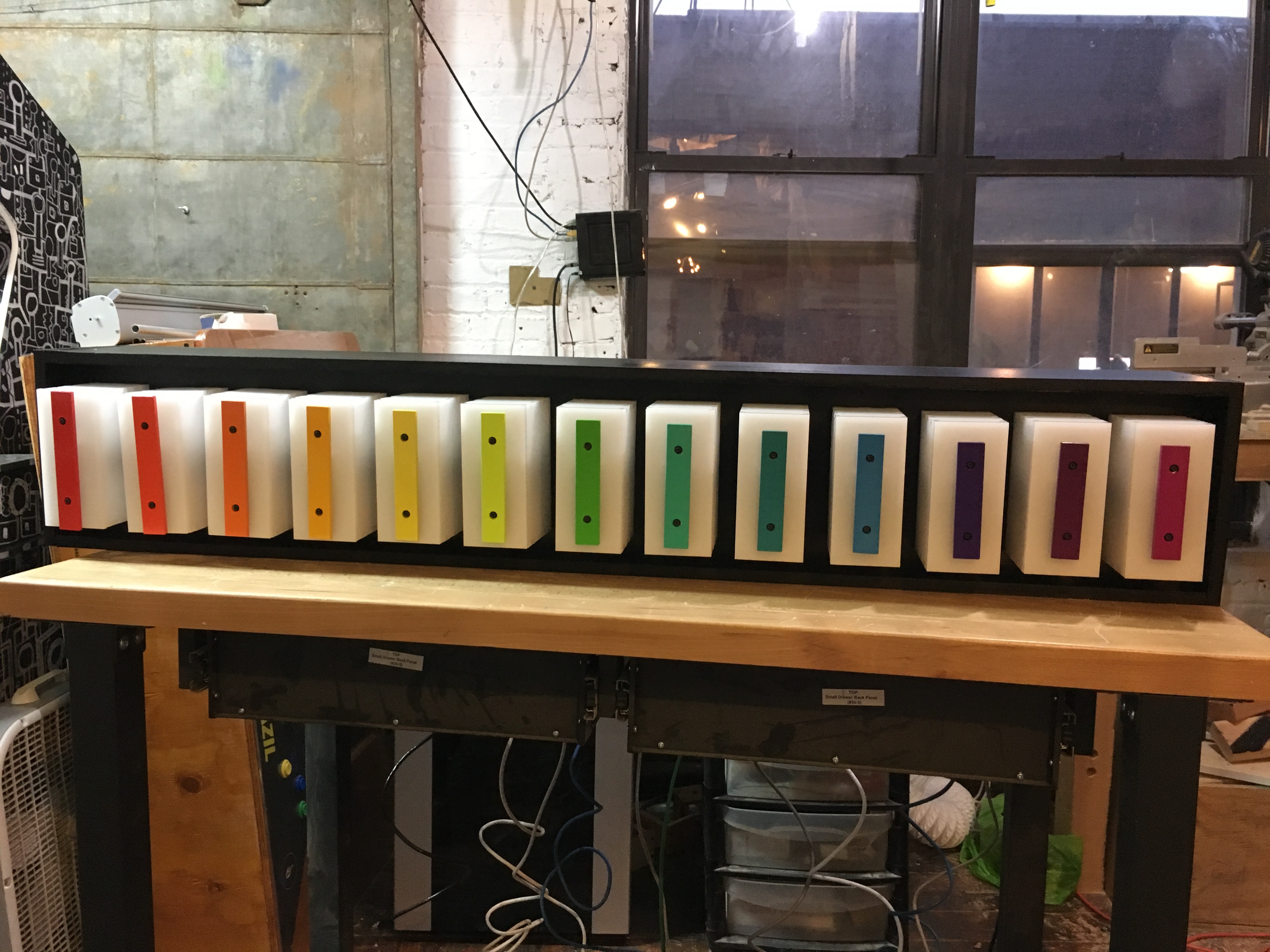 The back of the box held an Arduino Mega and two custom circuit boards printed on an Othermill that routed all of the Arduino outputs to Ethernet jacks. 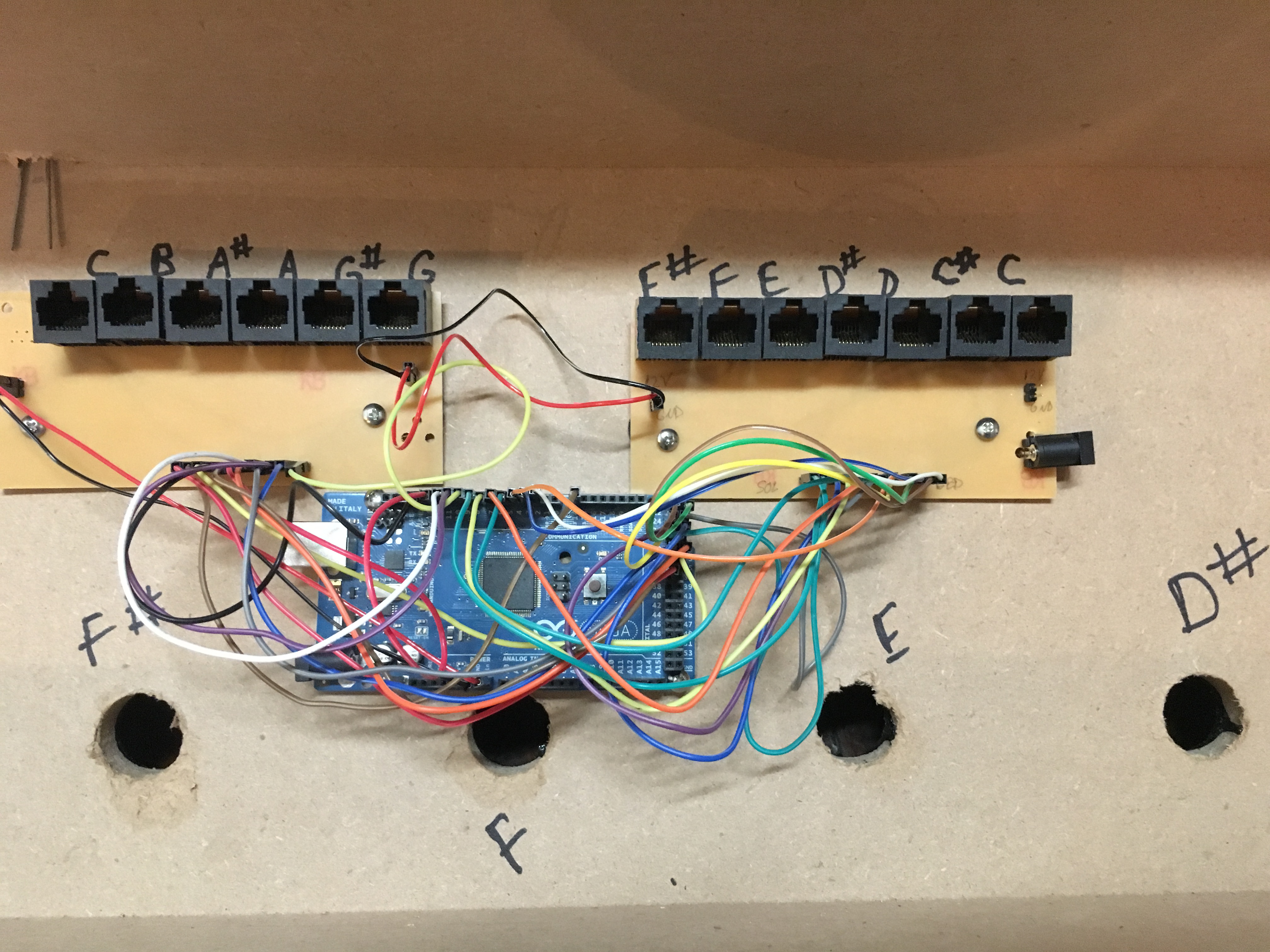 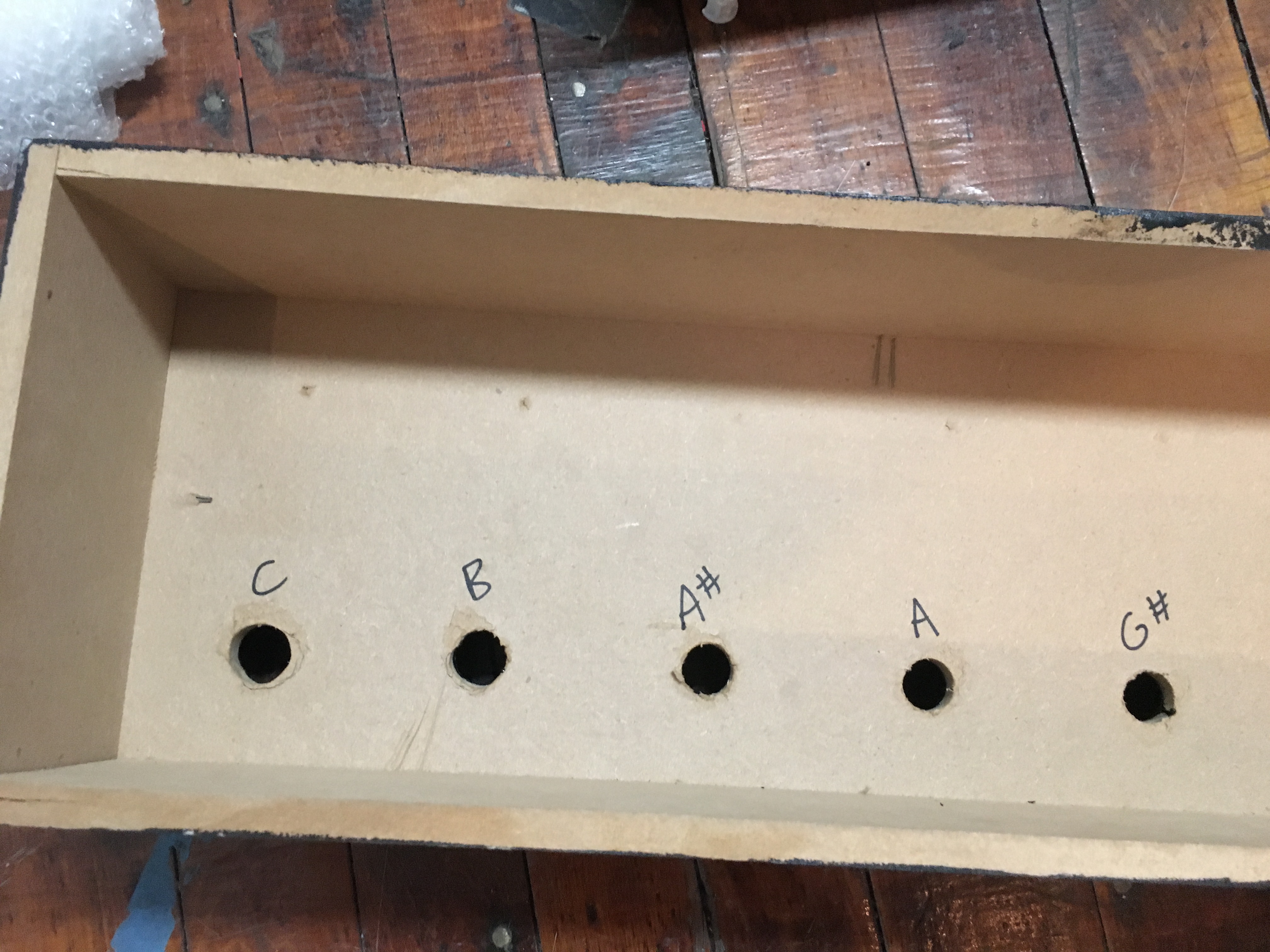 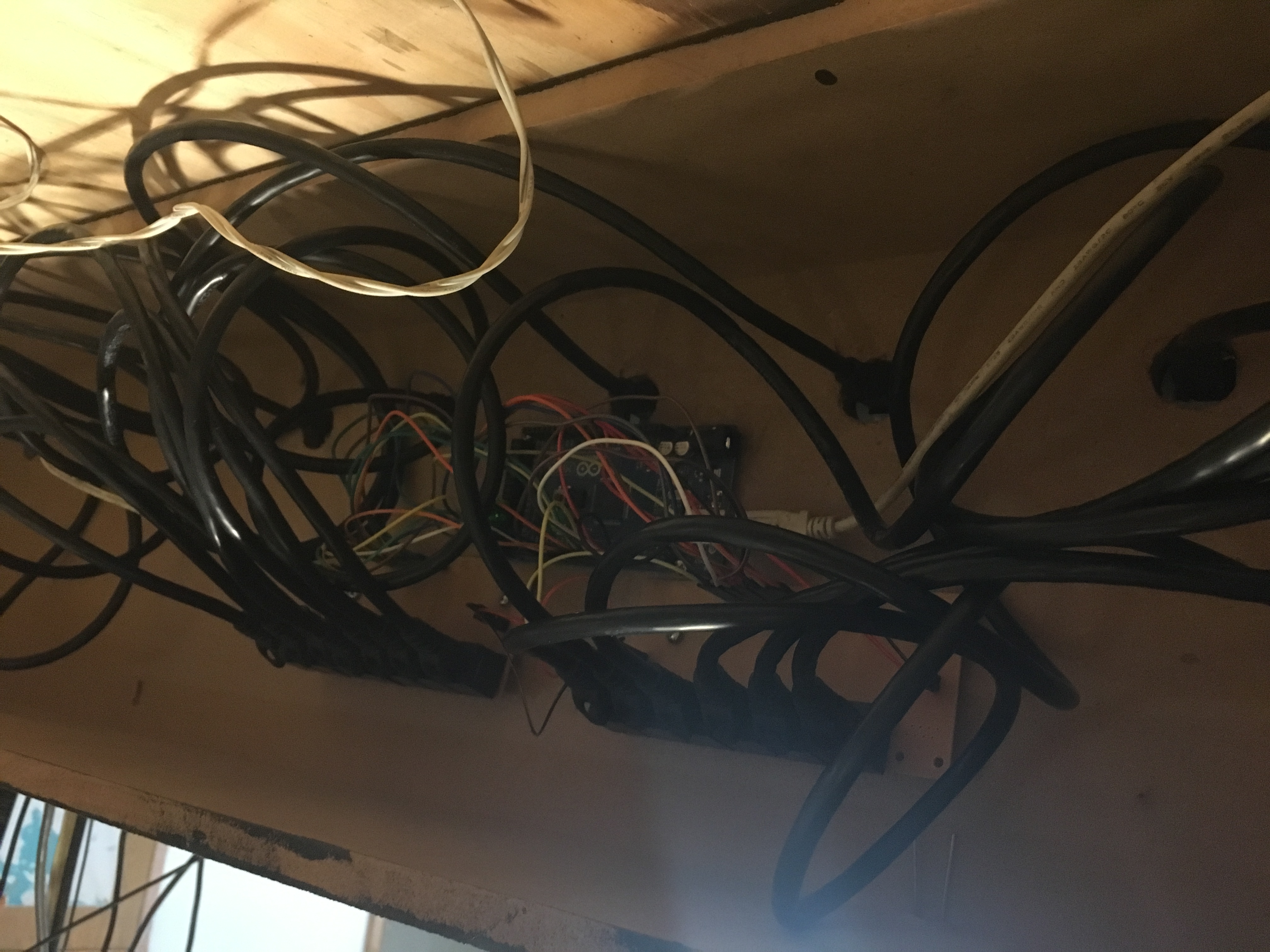 Final P.I.N.G. before it was delivered to the Stink Office: 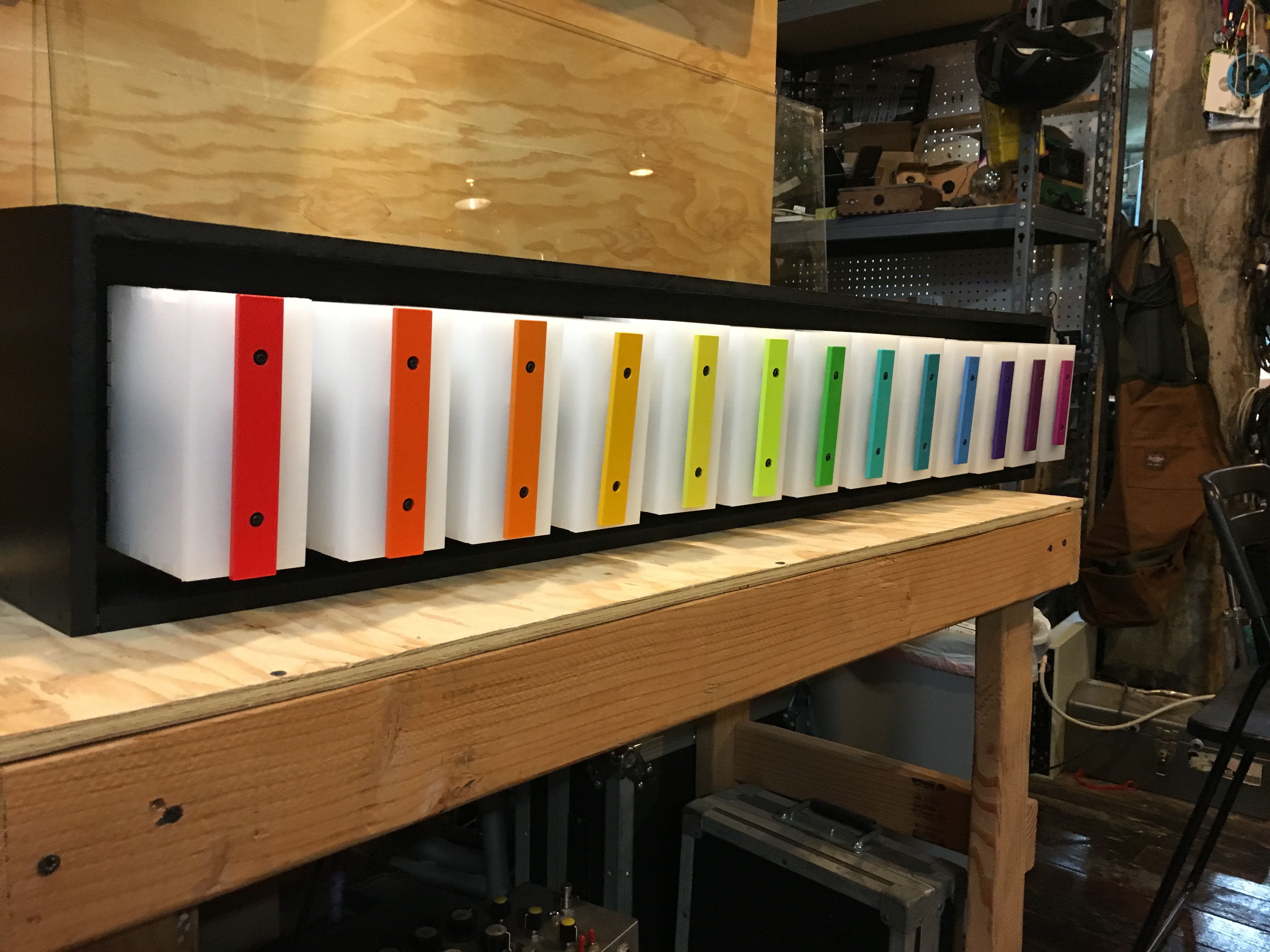 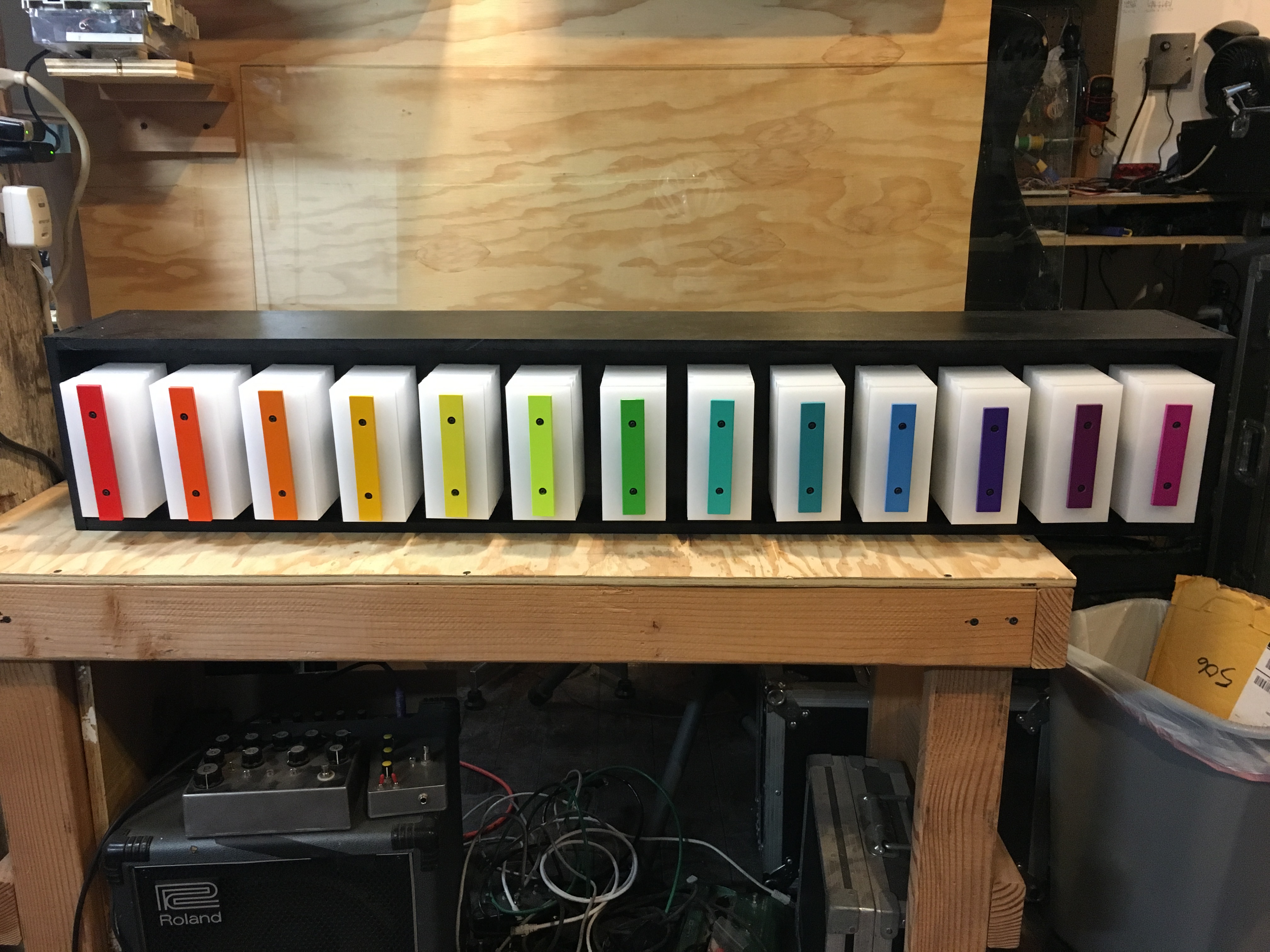 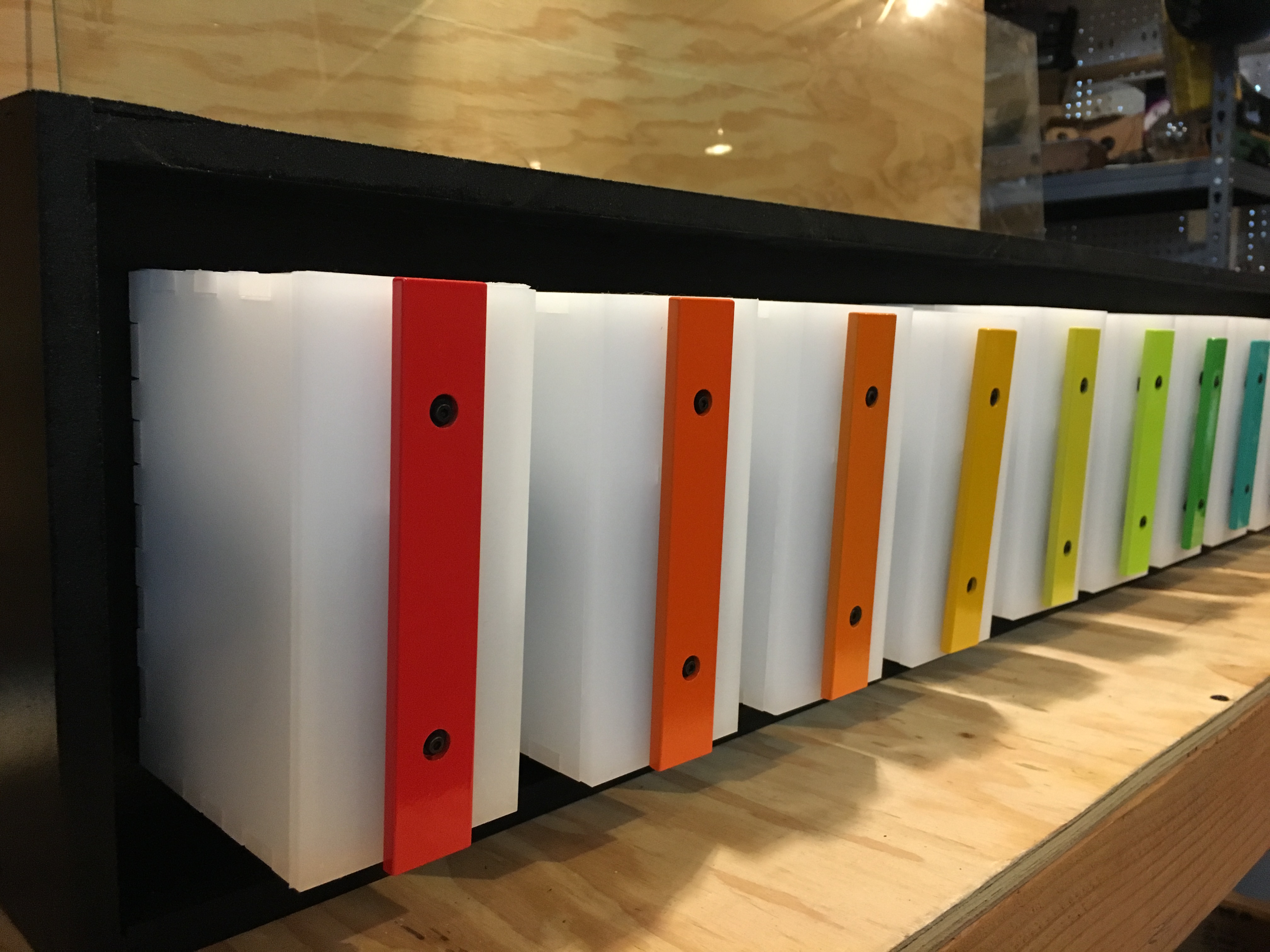